As we walk within the archaeological footprint of ancient worlds we feel, we sense, we breathe that conscious connection of the past, present and future.  Within the nature of existence every stone, every tree, every mountain and every waterhole has a life has a vibration and has a song. The ancients knew this and how the Coherence of Sound vibrates the body, moves emotions, inspires the mind and touches the spirit & heart. 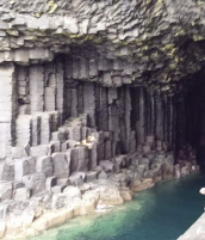 The Sacred Sound of the Isles

The coherence of sound vibrates within Fingal’s Cave isle of Staffa, known for its natural acoustics.  The sound of vibration can be heard through the hexagonal basalt columns formed from volcanic activity and shaped by sea millions of years ago.

The Sacred and Holy isle of Iona known for the Abbey and Nunnery, a resting place where ancient warrior kings of Scotland and Norway were buried, and the spiritual Women of Birth Gathered and Nested.

The Sound of the Piper….

Play piper play… let the Magic that you weave come together through the Sacred coherence of the Masculine and the Feminine united in Love & Honour.   On this day deep within the sacred waters of Loch Coruisk believed to be the Heart of the mighty Cullen Mountains dwells a mystical place steeped in Myth & Legend.  Loch Coruisk where Water Spirits and shape shifters are said to dwell.

The Water Horse takes shape amongst the shadows of the Mighty & Formidable Cullen Mountains believed to be the home of nature spirits/fairies.  On this day of sacred union let the Nature Spirits bear witness. 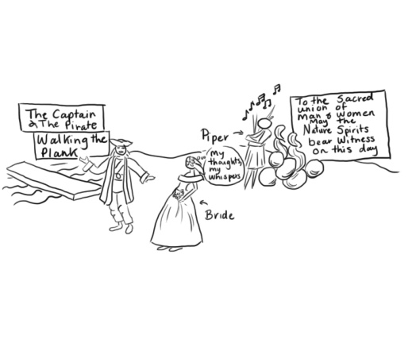 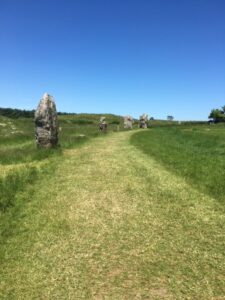 The Sound of the Stones

The Song of the Standing stones;.

The Mystery & Magnificence of these Standing stones is something to be felt in wonder. The marvel of the How and Why will always be defined through the senses & perspective of the individual journey.

As I walked in the Footprints of my own journey the coherence of sound vibrated far and wide across the land and I was blessed to hear these Standing stones sing.   A high pitched sound would suddenly ring in my ears each time I approached these sites.  Often I could narrow it down to a certain stone as in Stonehenge the Sorenson stone which often stood apart and considered the activator.

The Mystery & Myths are often passed down in legend. The Wonder of Orkney’s Standing stones are told through the coherence of story. The Ring of Brodgar  was believed to be a group of Giants who gathered to dance the music of the fiddle player, but as the sun rose they all turned to stone and the Comet stone which stood apart was said to be the fiddle player, the activator.

The Journey of The Stones

Living within the coherence of time and placed as markers of memory in fields of stone.  There lies the life and times of the Neolithic Viking Crusaders & Stonemasons of The Orkney/Arcadian isles. Within the sacred heart of the Wild an Ancient ceremonial landscape is carved and shaped, as the journey of the stone unfolds within an Old Norse complex of monumental Architecture.

Archaeologists view Maeshowe as a chambered mound tomb the mound sits on a circular glacial platform surrounded by a ditch & bank. The passage entrance leads into a stone lined chamber with four huge Standing stones placed upright in each corner.  The elaborate high ceiling filled with long stone slabs is carefully placed & stepped inward as it rises.

The Architecture of this chamber is similar to many other chambers I have viewed shaped specifically for Acoustic Resonance. Architecture shaped for the coherence of sound can be identified within the Egyptian sound chambers located within Saqqara and another example within nature would be the ‘Isle of Staffa’.

Inside the mound chamber of Maeshowe Viking Runes were discovered carved into the stone wall depicting what appear to be a Dragon and the Cross of the Knights Crusaders….

Cymatics the Pattern of Sound

The pattern of sound and cymatics at ‘Rosslyn Chapel’ can be identified within the repeated patterns of ancient symbolism.  These patterns tell a story of mathematical ratios identified within the carved stone of the compass, the square and the Musical Score, as is the Apprentices Pillar.  The Stone Angels appear to be singing or playing musical instruments as carved cubes protrude from the Arches within the Lady’s Chapel, suggesting each one is uniquely carved with symbolic patterns made up of lines & dots.  These patterns may represent codes or keys of Musical Scores.

The use of Chaldoni patterns/or Cymatics is known to produce images that form when music frequencies vibrate along a two dimensional surface.  William St Clair builder of Rosslyn Chapel, Earl of Orkney, Order of Knights & descended from a powerful 10th century Viking Warrior.  Discovered within the chapel was a hidden Viking seafaring map telling a tale of a coherent journey we can only wonder at.   The Goddess the Green man, the Knights the Templar, the Lady, the Way….. ‘More Than a Journey’… 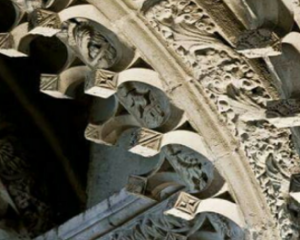 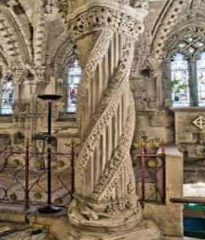 Want to read more come join us in Wholyland. A space awaits you shaped by freedom and wholeness, a space ready for your soul to explore.

Yes. Change is inevitable and constant! Life is li

We continue to write about the 7 deadly sins on ou

We are Tora and Ullis ”Reactivated Embodiment”


Error: There is no connected account for the user a_second_user. Feed will not update.

Error: There is no connected account for the user a_third_user. Feed will not update.