Has been hijacked and it’s time to take it back

into coherent words, sounds, or signs.

This moons theme in ‘Wholyland’ and on ‘Live the Impossible Show’ is ‘coherence’.

Our approach in Wholyland to coherence is from a wholystic point of view. The whole universe is vibration and as humans we literally ARE vibration too. We believe that when this vibration is in coherence it manifests as holy wholeness.

As a consequence we cannot talk about coherence without considering the spiritual dimension of its meaning.

Let us start from where the idea of coherence was first used. In Latin etymology the word coherence derives from the root of the verb ‘cohaerere’, which means to tie together.

In the 16th century, coherence was used in physics and biology to describe what remains attached. For the scientists of the time stones were coherent, as a stone doesn’t easily disintegrate.

Centuries later, the idea of coherence began to be used in the context of written, or spoken text. Coherence was then understood as a quality of logic and consistency. A common definition is that coherence gives a written or spoken text unity and purpose.

“Coherence is one of the two qualities that give a written or spoken text unity and purpose. The other is cohesion. Coherence refers to the general sense that a text makes sense through the organisation of its content. In writing, it is provided by a clear and understood structuring of paragraphs and sentences in writing.”(teaching English)

It was only in the nineties that coherence entered the scientific research vocabulary!

In order to describe new findings in stress research as well as in consciousness research a new word, a new terminology was needed.

The idea of coherence in stress research is used to describe the synchronisation of heart and brain waves. Heart rate variability can be measured and is looked at as a sign of adaptability and energy saving. So Coherence describes the presence of health. You can read more in the last blog – Heart Coherence.

There is another even wider definition of Coherence:

Coherence is the ability to form a unified whole.

This is related to new research into human consciousness.

We will now focus on the coherence of the ABC alphabet, of letters, words and signs in relation to human consciousness.

In German there is a beautiful quote, a short part of the poem “Stufen” that means „steps“ by Hermann Hesse: “Jedem Anfang wohnt ein Zauber inne.” And deepl.com  translates it as follows: ‘every beginning has its magic or has an inherent magic’. This is a very precise and correct translation, but I prefer the translation to be:

“In the core of every beginning magic lives”

Can you feel the difference?

I feel there is more coherence in this phrase. There is an invitation to life itself. The presence or absence of coherence can be intuitively known and felt.

Coherence is the ability to form a unified whole. In Wholyland we change the ending of ‘whole’ and exchange the ‘E’ to a “Y”. The Y  is a cosmic symbol of amplification and transformation. The healing power of symbols has been researched by the Austrian scientist, Erich Körbler who founded a new healing method in the 1980s called New Homeopathy. Link: https://subtle.energy/information-medicine-erich-korbler-and-new-homeopathy/

We humans have the ability to recognise and perceive when there is coherence. Possibly this is the mysterious 7th sense so many mystic traditions talk about.  This 7th sense gives us the inner knowing what is ‘wholy’ whole and holy and what is not. This is why coherence is often associated with harmony and beauty. When something is in coherence we often perceive it as beautiful. 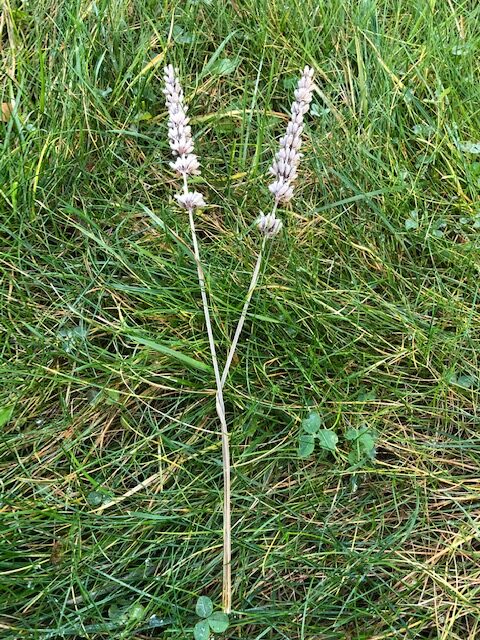 Another path to discover coherence is through the work of Masuro Emoto, a Japanese researcher and photographer. He played music to water, wrote words on water bottles and talked or prayed to natural lakes and rivers. He froze water drops and photographed the ice crystals. His work shows that the vibration/energy of the words influence the water and the shape of the crystals. Words of love and gratitude shape beautiful coherent crystals.  Where as words such as hate and greed makes the water loose its crystallising ability.

I am deeply touched by the beauty of the ice crystals he photographed.

Another astonishing fact is that when a coherent ice crystal melts
it forms into the Chinese sign for water.

When we came together to co-create Wholyland, we came from different countries, languages, education, and different perspectives. We found a great beauty in this diversity and at the same time we recognised, how words are easily misunderstood or mistranslated. We realised we each create our ‘own story’ when we hear a word, which results in completely different meanings.
We started to see how words have been hijacked, and we are unaware of their true meaning. Therefore we have started to create new words and reclaim the original meaning and power of the words.

One method of hijacking is the mirror-method.

Words can be mirrored. You probably played this game as a child: turning words around, inventing new languages.

So give it a try: turn around some basic words, you really like. And listen to the sound or grasp the turnaround meaning.

In German LEBEN (to live or life) turns into NEBEL which means fog.

Time to question the history books!

Is there something hidden to us in our language?
Where does language come from?
What is its origin?
What do we know about the creation of different sounds and language around the world?

Matriarchy researchers pointed out a longtime ago, that HISTORY is probably HIS story and HER story.
How might ‘history’ be different it it was ‘HERSTORY’?
How might the world be different if we recognised we all tell our own story?

Then history would be ‘MYSTORY’ which is very close to ‘MYSTERY’!

Due to this hijacking and story making we need to be mindful of the meaning we really want to express and the vibration we want to create.

There are people who can speak backwards, so maybe our brains can also grasp the backwards meaning of words simultaneously with the forward meaning.
What consequence does this have on what we may create?
Does it matter if you consciously decide to live forward and not backwards?
Does your attitude towards life influence how you hear words?
Does conscious choice matter?

If you would like to dive into the realm of sounds, check out our articles for members at wholyland.me and listen to our “sounds of silence“

We love to meet (teem-team) you there!

Beate Heinkel
and the Wholyland Council

Coherence comes from the Latin world meaning ‘stick together.

“Coherence – The situation when the parts of something fit together in a natural or reasonable way.” Cambridge Dictionary

Great examples in nature of coherence are when a shoal of fish or a murmuration of birds, or a migration of birds where they are all moving together as one – in other words they stick together.

Nature left to its own devices will come back into balance and coherence given time even after cataclysmic events such as the huge bush fires Australia and California have experienced this year. 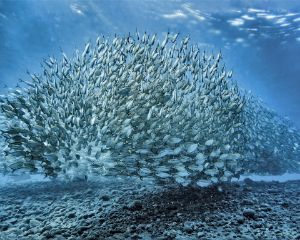 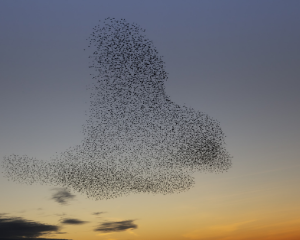 On a personal level coherence can be seen in every cell of our bodies as they are all connected in some shape of form.  Our lives are also interconnected with our bodies and others around us.  When every aspect is working harmoniously, we are in balance with optimal health. Our relationships are peaceful and harmonious. We are in ‘coherence’. But due to the pressures of modern life it is becoming rarer and rarer to be in coherence and flow.

Our bodies given the right environment physically and mentally, good nutrition and rest can also heal and comeback to balance and coherence from serious illness, or traumatic event.

At school many of us were taught that it’s the brain that controls the body, when in reality our heart and our guts send more signals to the brain than vice versa.

Research has shown that our “heart signals have a significant effect on brain function—influencing emotional processing as well as higher cognitive faculties such as attention, perception, memory, and problem-solving. In other words, not only does the heart respond to the brain, but the brain continuously responds to the heart.” Heartmath.com

When we are stressed, anxious or are experiencing an emotion as negative our heart rhythm becomes erratic and as it communicates with the brain, it inhibits cognitive function. Thisleads to lack of clarity, focus and inability to make clear and effective decisions, which can result in impulsive or inappropriate decisions.In contrast when the brain and heart are in coherence we have clarity, focus and flow. Intelligence and learning expands and intuition is readily available.

To come into heart coherence takes practice, but is well worth mastering.

If you experience calm and peaceful once you have practiced this a few times, you know that you have come into heart coherence. If you take a pause and check into your body and feel stressed, overwhelmed, fear, frustration etc you are most likely not in heart coherence. Repeat the practice frequently throughout your day and notice the shift.

Your health, mental clarity will benefit and those around you will be grateful as they will also feel the love and peace emanating from you.

As the electromagnetic energy of our heart is so strong, way stronger than our brains, it effects those around us. It is this energy that connects us to another, and can also influence the emotions of those around us. Coherence occurs when we are all focusing on the same thing as in prayer, or are in harmony with the earths natural magnetic energy – the Schumann Resonance.

Right now there is a lot of negativity and fear spread by the media and governments.
When we come into coherence and focus on love, peace and compassion it has a positive effect on those around us and the collective intention for a world where we can all be free and thrive. The more of us that can hold this energy the better our world will become.

The Global Coherence Initiative is a science-based, co-creative project to unite people in heart-focused love and intention, to facilitate the shift in global consciousness from instability and discord to compassionate care, cooperation and increasing peace.

Want to learn more about ‘coherence’?
Come and join us in Wholyland where together we can co-create freedom, personal and spiritual growth, plus the world we want for ours and our childrens future.

Enjoy in joy
Pam Lob on behalf of
Wholyland Council

Yes. Change is inevitable and constant! Life is li

We continue to write about the 7 deadly sins on ou

We are Tora and Ullis ”Reactivated Embodiment”


Error: There is no connected account for the user a_second_user. Feed will not update.

Error: There is no connected account for the user a_third_user. Feed will not update.